If you need another reason to act – think permafrost 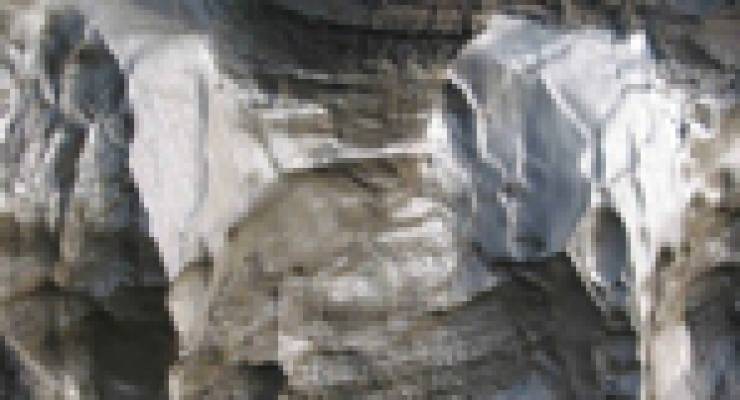 Permafrost is a subject in the climate change debate I have tried to not think about too much. It is just too scary to think about the vast amounts of carbon stored in frozen soils, ready to be released if global temperatures keep rising. But it seems to be time to finally take a closer look at what is happening in the most northern areas of our planet.

Areas like the northern parts of Siberia, Alaska, or Canada are cold enough that most parts of the ground are frozen – that is why it is called „permafrost“ (Fig. 1). Only the uppermost layer is thawing in the summer, and gives room for plants to grow. This active layer can be 0.6 to 4 m thick. Even though some of the plant material decomposes, quite a bit of it does not. This is because the active layer is frozen during large parts of the year; and microbial processes that decompose organic material are significantly slowed down at low temperatures – the soil acts like a freezer for organic material.

When air temperature increases, then of course the soil warms as well: the active layer will stay unfrozen for a longer period of time during the year, and the deeper, permanently frozen area will start to thaw. At the same time, warmer temperatures increase microbial activity. Microbial activity, in turn, produces its own heat. With that, the decomposition of organic materials in the soil will proceed not only over a larger time span and over a larger area, but also at an accelerated rate. This positive feedback loop will accelerate with further warming, and could ultimately trigger an „irreversible process of thawing.“

Plants take up water and carbon dioxide, add a bit of sunlight and nutrients, and assemble all this during the absolutely amazing process of photosynthesis into a completely new structure: sugar, with the „waste product“ of oxygen.

In reverse, during decomposition sugar molecules and oxygen react with enzymes that decompose sugar to water and CO2; or, under unaerobic circumstances (i.e., without oxygen, such as in soils underneath lakes), the sugar molecules decompose into other molecules, including methane (CH4). Both CO2 and methane are very potent greenhouse gases. The thawing of permafrost thus releases vast amounts of greenhouse gases.

Just how much organic material is stored in the permafrost has so far been „hugely under-estimated.“ A new report indicates that the amount of carbon stored in permafrost around the North-Pole might bee twice as high as previously thought (CSIRO).

“Projections show that almost all near-surface permafrost will disappear by the end of this century exposing large carbon stores to decomposition and release of greenhouse gases.”

According to these new estimates, a thawing of about 10% of the Arctic soil would release about 80 ppm CO2. Global temperature would then increase on abverage by about o.7ºC.

this estimate is extremely worrisom – to say the least.

Even though it is important to clearly understand what will happen if we do not act in time, let’s not worry too much about what could happen in case of inaction. Instead, let’s focus on what we need to work towards:

We need a carbon free energy future which is exclusively supported by truly renewable energies like the sun, wind, water, and geothermy within the coming decades. Such a „Great Transformation“ will only be possible with vast energy savings through energy efficiency and through a change in our behavior, wasting much less energy than we do now. We must not be satisfied with half measures. Without effective fast action, all our efforts will likely be to no prevail.