If you need another reason to act – think Antarctica 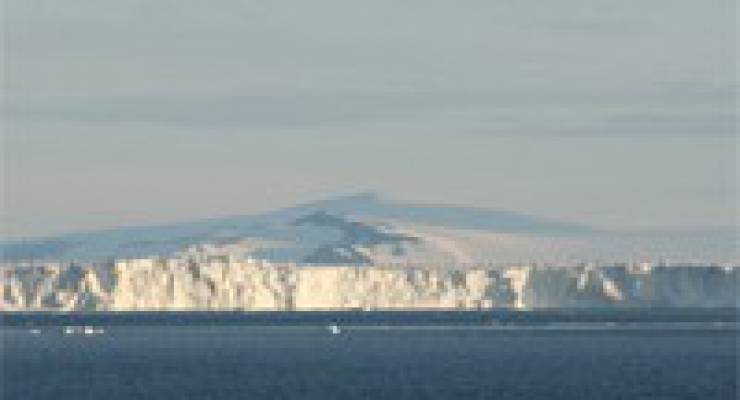 Antarctica – a land covered in ice, with conditions that are inhospitable for most forms of life that we are familiar with. An amazing continent that is far beyond the reach of the perception and understanding of most people. With about 14 million km² it is a continent larger than Europe, with the slight difference that 98% of it is covered by an ice sheet that is on average 2-3 km thick, with average temperatures of – 40°C.

Under such conditions, why should we be concerned about Antarctica when  temperature increases by just a few degrees? Temperatures would need to increase by quite a lot to have an impact on the Antarctic ice sheet. So, to even mention Antarctica when talking about global climate change seems completely out of place…if Antarctica would be only affected by air temperature.

However, the base of large parts of Western Antarctica is up to 2 km below sea-level. Here, only the ice sheet that is covering the continent is reaching above the sea-level. The edges of this ice sheet are thus under the direct influence of changes in ocean temperature. And that water temperature has increased by about 0.17°C between 1950 and 1980s (Gille 2002). With increasing water temperature, ice is melting, no matter how low air temperatures are above the ice sheet. In fact, „every 1ºC warming of the ocean melts ten meter of ice per year,“ said Prof. Andrew Shepherd from the University of Leeds.

Increased water temperature speeds up the break-up of ice shelfs, like the Wilkin’s iceshelf, and the flow of glaciers into the ocean. This development is worrisome, as a complete melting of the western Antarctic iceshelf would cause sea-level to rise by about 5 m.

Now a new study revealed that one of the largest glaciers of Western Antarctica, the Pine Island Glacier (or PIG) is losing ice four times faster than just one decade ago. This melting fits to the effects we expect from global warming. However, the authors caution that this specific melting might not be related to global warming. Water temperatures can change not only due to global increases in air temperature, but also due to changes in ocean currents or volcanic activities. Before „blaming“ global warming it is therefore important to exclude other factors that could be responsible for the findings of this study.

As Prof. Shephard, coauthor of the study, says: „Although we are certain that warm water is to blame for triggering the thinning of Pine Island Glacier, there are insufficient data to establish what has caused the water to be so warm (0.5°C above what it ought to be). Although the enhancement is comparable to the average planetary warming over the 20th century, there are problems with such a simple explanation because the warming must have occurred at depth about 500 m down and yet water there has typically not seen the atmosphere for several hundred years. … In consequence, it is premature to link the changes to global warming.“