If you need another reason to act – think northern peatlands 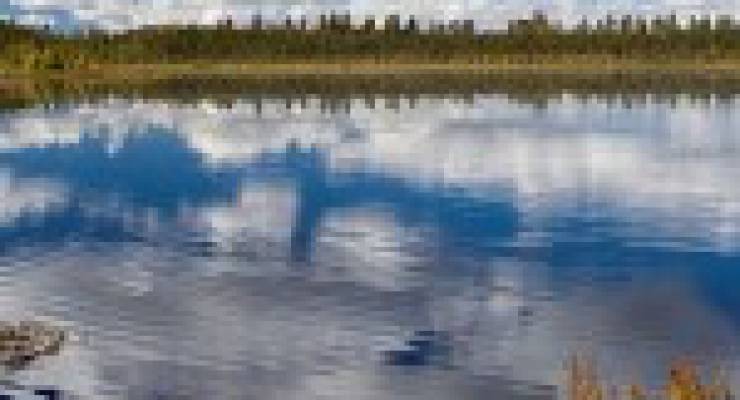 Northern peatlands – waterlogged areas that accumulate large amounts of organic materials in its soils – cover only 2% of the land’s surface. But they contain an amazing one third of the organic carbon stored in our planet’s soils. Northern peatlands are thus an enormous reservoir for carbon – and potentially a huge source for additional carbon in the atmosphere.

One of the reasons why northern peatlands sequester large amounts of carbon is the low surrounding temperatures of northern latitudes. Low soil temperature slows down respiration rates of bacteria and of other organisms that decompose organic material. In addition, the accumulation of large amounts of organic material in waterlogged areas creates anaerobic conditions (oxygen is absent), which also slows down decomposition.

What happens in theses soils when temperatures are increasing? The respiration rate of decomposers increases. And decomposition releases carbon (C); this carbon combines (in aerobic conditions) with oxygen (O2) to form carbon dioxide (CO2), or (in anaerobic conditions) with hydrogen (H) to form methane (CH4) – both potent greenhouse gases. Inspite of the emission of methane, northern peatlands have been thought to have a net cooling effect on our climate, because of their sequestration of large amounts of CO2. This might be not be true any more in a warmer world.

In an 8-year experimental study, Ellen Dorrepaal and colleagues (Nature 460:616-619) found that below-surface soil respiration rates increase by 50-60% when average temperature increases by 1°C. This would cause an emission of an estimated 38 – 100 megatonnes of C per year. Such an amount of extra global emission would „offset much of the Kyoto Protocol target for greenhouse gas emission reductions for the whole European Union (92 megatonnes of C per year). In economic terms, this extra CO2 emission would require an investment of € 2.4–6.3 billion to compensate, based on the current carbon allowance price of the EU Emissions Trading Scheme“ (Dorrepaal et al. 2009).

It is not yet clear what the net effect of this increased respiration will be on the global climate, because a warmer climate in northern latitudes can result in greater plant growth. Greater plant growth, in turn, means that more CO2 is sequestered in plant material. However, it is less likely that plant growth will be enhanced significantly in peatlands, as growth conditions are not suitable for most other plants than sphagnum mosses  and other low-lying bog plants (Dorrelaap et al. 2009).