Tar sand refinery – a disaster for the environment

Future oil refining in the U.S. may soon get much “dirtier” — including three times more greenhouse gas emissions in the extraction process — as refineries place their bets on a shift away from traditional crude oil to Canadian tar sands, according to a major new report issued today by the independent Environmental Integrity Project (EIP).

·Two thirds — 1.1 million barrels per day (bpd) – of the currently proposed increase in U.S. refining capacity of 1.6 million bpd would come from refining heavier, dirtier crude oil from Canadian tar sands. At the same time, more than 800,000 bpd of existing U.S. conventional crude capacity is proposed to be converted to processing oil from tar sands, so that conventional crude refining capacity is expected to undergo a net decrease of over 300,000 bpd, and the total net increase in refining capacity to come from tar sands would be over 1.9 million bpd. Since the average capacity of an oil refinery in the United States is 116,395 bpd, the contemplated 1.9 million bpd of increased tar sand capacity would be equivalent to constructing more than sixteen new refineries dedicated to tar sands. Increased tar sand refining capacity is contemplated in Illinois and Texas (495,000 bpd together); Indiana (205,000 bpd); Louisiana (180,000 bpd); Michigan (15,000 bpd); Montana (13,000 bpd); North Dakota (65,000 bpd); Ohio (316,120 bpd); Oklahoma (44,700 bpd); South Dakota (400,000 bpd); and Wisconsin (200,000 bpd).

Eric Schaeffer, director, Environmental Integrity Project, said: “It is hard to imagine what else it is that the U.S. oil industry could do to go backwards further and faster than to rely on Canadian tar sands or similar resources in the United States. Not only would this mean significantly more pollution overall, but it would substantially boost the greenhouse gas emissions linked to global warming. The U.S. government needs to get more involved in this situation to ensure that we do
not end up with an environmental setback of truly staggering proportions.”

Matt Price, project manager for Alberta/BC Energy and Climate and contributor to the new report, Environmental Defence Canada, said: “The tar sands project is the most destructive project on Earth. Nowhere else are we talking about ripping up an area the size of Florida, creating massive toxic lakes you can see from space with the naked eye, and giving off three times the greenhouse gas emissions to produce oil when compared with conventional crude.”

Although a new oil refinery has not been built in the U.S. for over 30 years, five new refineries are currently under consideration, three of which would process tar sand oil (two in North Dakota and one in South Dakota), and one of which would process oil from U.S. oil shale deposits (North Dakota), which may be as destructive to mine and as dirty to refine as tar sand oil.

OTHER KEY EIP REPORT FINDINGS
The EIP report also notes:
Although oil shale is more expensive to mine and process than tar sands, with the price of oil currently well over $100 per barrel, exploitation of shale deposits in Colorado, Utah, Wyoming, North Dakota, and Montana may also now be profitable. The development of shale, like tar sands, entails strip mining huge areas of land and using vast amounts of water and energy. Refining the extra heavy sour crude oil extracted from tar sands would result in higher air emissions of harmful pollutants such as sulfur dioxide (SO2), hydrogen sulfide (H2S), sulfuric acid mist, and nitrogen oxides (NOX), as well as toxic metals such as lead and nickel compounds. The consequences of tar sand oil extraction include the clear-cutting and strip-mining of huge portions of intact boreal forest ecosystem, the creation of vast un-reclaimable toxic lakes of wastewater, the consumption of enormous amounts of water and energy, and the production of three times more greenhouse gas as extracting conventional crude oil.

Commenting on the findings, Ben Wakefield, senior attorney and principal report author, Environmental Integrity Project, said: “The U.S. oil refining industry is contemplating an enormous investment and deep commitment to perpetuating U.S. and global reliance on oil as our primary source of energy into the next generation and beyond, and tying that reliance to even dirtier and more destructive sources of oil than at present. At a time when the world searches for alternatives to fossil fuels that will avoid the catastrophic consequences of global warming, the oil companies are building the infrastructure to not only extend our addiction to oil, but to actually make global climate change much worse. If we allow the destruction wrought by tar sands exploitation, we can expect the oil companies to next turn their gaze upon U.S. oil shale.”

EIP REPORT RECOMMENDATIONS
The EIP report outlines several major steps that should be taken:
The U.S. government can and should act to address the environmental consequences of tar sand and oil shale development. The United States must reduce its consumption of oil by improving energy efficiency standards applicable to automobile manufacturers and implementing lifecycle carbon content fuel initiatives. The U.S. EPA should regulate greenhouse gas emissions from oil refineries pursuant to the “New Source Performance Standards” (“NSPS”) applicable to newly modified or constructed oil refineries.
The U.S. EPA should limit greenhouse gas emissions and consider alternatives to tar sand oil feedstock in its “best available control technology” (“BACT”) and “lowest achievable emission rate” (“LAER”) determinations under the “new source review” (“NSR”) provisions of the Clean Air Act when issuing construction permits for refinery expansions or new refineries. The U.S. EPA should account for the increased air emissions of SO2, H2S, sulfuric acid mist, NOX, and toxic metals such as nickel and lead produced as a result of processing tar sand feedstock when issuing construction permits under NSR. When permitting the pipelines to carry tar sand crude to U.S. refineries, the responsible U.S. environmental and public lands agencies should consider the cumulative effects on air quality and global warming of all U.S. refineries which process tar sand oil, as well as the global warming impacts of extraction of tar sand crude in Canada on the United States. The United States and Canada must work together to protect human health and the environment when regulating the extraction, transportation, and refinement of oil from tar sands and oil shale.

ABOUT THE GROUPS
The Environmental Integrity Project (http://www.environmentalintegrity.org) is a nonpartisan, no nprofit organization established in March of 2002 by former EPA enforcement attorneys to advocate for effective enforcement of environmental laws. EIP has three goals: 1) to provide objective analyses of how the failure to enforce or implement environmental laws increases pollution and affects public health;

2) to hold federal and state agencies, as well as individual corporations, accountable for failing to enforce or comply with environmental laws; and 3) to help local communities obtain the protection of environmental laws.
Environmental Defence Canada (http://www.environmentaldefence.ca) protects the environment and human health. We research solutions. We educate. We go to court when we have to. All in order to ensure clean air, clean water and thriving ecosystems nationwide, and to bring a halt to Canada’s contribution to climate change. 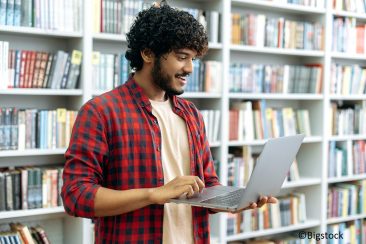 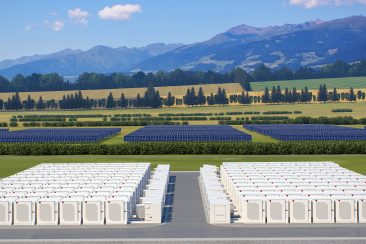 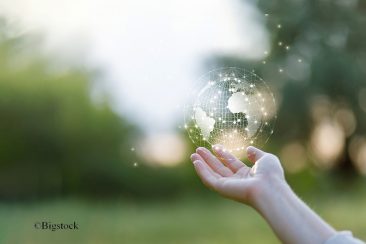 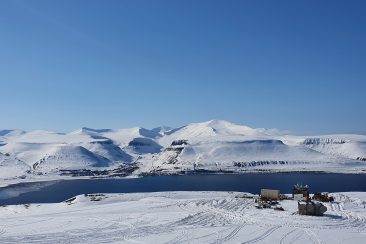