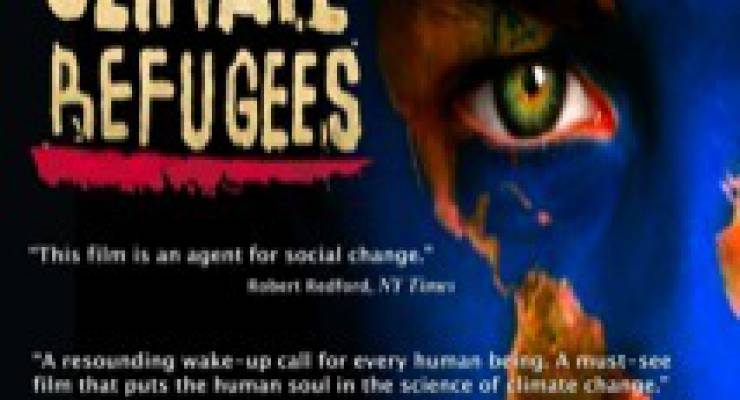 Director Michael Nash has traveled the world collecting evidence demonstrating the human face of climate change from Tuvalu to the Pentagon, addressing the grim reality of the challenges we face.  Whether man made or natural climatic shifts are causing the most recent temperature shifts, extreme climatic events and a rise in sea levels are visibly affecting people across the world, today.

The documentary focuses on underdeveloped and third world countries where climate change serves as a threat multiplier for their already stressed populations.  South Pacific countries are already looking to purchase land to migrate their populations to higher ground.  It is estimated that Tuvalu will be the first country to disappear from the map.  The conflict in Darfur, labeled by most as an ethnic battle, may actually be our first major climate conflict as water scarcity in the region adds to the fight for resources after the drying of Lake Chad.

What will happen when Asian rivers, serving as the primary clean water source, fed by disappearing Himalayan glaciers begin to dry.  Food scarcity from drought, flooding, freezing or salt water intrusion will drive food prices up.  Displaced residents, again primarily third world residents, may not be accepted by many nations.  Who will take them in?  Depletion of water, arable land, non-renewable energy sources will all lead to more conflict.  Who will fight?

Climate Refugees is truly a must see for both new and old to the environmental movement, or maybe better phrased a movement to save human race.  Climate Refugees serves as a resounding call to press for attention by world leaders and as soul food and inspiration for those fighting the good fight to keep advancing the mission of the sustainability.