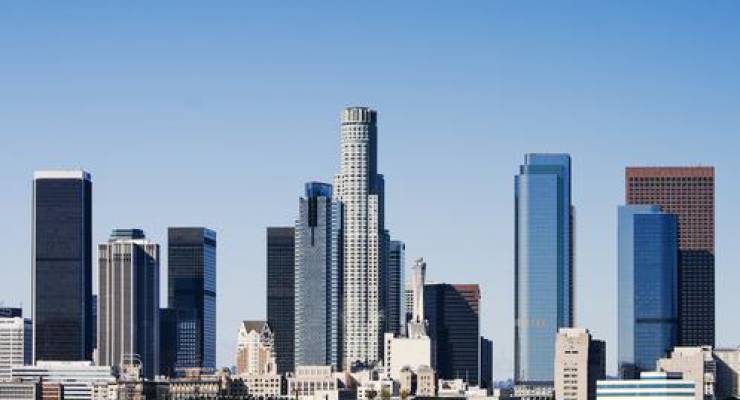 An abundance of technology upgrades offer ways to reduce energy use in commercial facilities.

Trimming energy consumption in commercial buildings is an objective in the campaign to curb fossil fuel use and reduce greenhouse gas emissions that is attainable by upgrading mechanical systems with improved technologies.

There are choices for reducing energy use in almost all functional areas of a commercial facility, according to energy expert David Wylie, vice president of ASW Engineering Management Consultants of Tustin, Calif., “as long as owners are willing to look beyond initial costs to see the long-term gains in lower utility costs, less downtime and increased building equity.”

Wylie outlined the latest developments in technologies for commercial building energy efficiency in seven broad categories during a daylong workshop held at the California Center for Sustainable Energy in San Diego, Calif.

Commercial energy consumption for lighting varies greatly, ranging from 35 to 75 percent of a business’s total use. Unfortunately, many buildings – both old and not so old – have outdated and over-designed lighting. Light levels in 50 to 60 percent of work areas are higher than necessary, Wylie said.

Fluorescent lighting remains the most widely used in commercial applications because lamps are able to closely mimic daylight and have high light output perfect for seeing details. Today’s high-efficiency T-5 tubes are so bright they can be used in high-ceiling applications that previously called for high-pressure sodium lamps. The most efficient fluorescents incorporate induction coil technology to excite the tube’s mercury vapors, eliminating electrodes that burn out and boosting the lamp’s lifetime up to 100,000 hours – that’s a 25-year service life.

Effective lighting control is critical. Electronics are available to oversee time scheduling, occupancy sensing and light-level adjustments for daytime dimming. In one retrofit case study, each occupancy sensor saved about $170 per year with a payback of 13 months.

Heating, cooling and ventilating (HVAC) are responsible for about half of a commercial building’s energy use. In the United States, buildings are split about evenly between those with central plant chillers and those with self-contained packaged air handling units, Wylie said.

Over the years, energy performance ratings of packaged air handling units have varied dramatically as the Department of Energy (DOE) and industry associations wrestled over definitive efficiency standards. The bottom line is that energy improvements are frequent, with top-performing models today up to 15 percent more efficient than in 2006.

A central plant integrates systems for heating and cooling into the entire building. Chillers, boilers and pumps are usually in the basement with air-handling units and ductwork throughout and a cooling tower on the roof. While energy savings can be realized throughout a central plant, chillers offer the greatest potential for savings. According to the Environmental Protection Agency (EPA), the cost of replacing an older chiller with a newer, energy-efficient unit is quickly offset by lower maintenance and electricity costs. Virtually all chillers are custom made, so there are plenty of options.

Thermal energy storage is an adjunct to a central plant system that makes chilled water or ice during off-peak electricity demand periods at night and uses it during the day to supplement chiller production and serve air conditioning needs. Chilled water storage is pretty simple – a well-insulated tank and a pump system. Ice storage requires a more complex tank and an industrial-sized ice-making unit, with capacities up to several hundred tons.

According to the Electric Power Research Institute, thermal energy load shifting can lower overall HVAC operating costs by 20 to 60 percent. Other advantages are that you can reduce chiller size and achieve the same cooling with lower operating costs.

Almost every operation in a commercial building requires a motor from HVAC and elevators to air compressors and machinery. Typically, a motor is installed and kept running, but seldom replaced. If a motor is more than 15 years old, it’s likely a newer model with better design and improved materials will yield energy savings. Consider that an older induction motor for a small, constant-speed fan may consume 400 watts whereas one with modern components will pull only 60 to 80 watts, Wylie said.

The key for savings is the IEEE 841 rating that denotes a premium motor that meets or exceeds DOE energy efficiency requirements. Recently, some manufacturers started applying labels showing the motor’s efficiency rating and operating costs. The EPA is considering implementing a comprehensive ENERGY STAR labeling program for industrial motors.

A broad suite of tools is available to operate buildings efficiently using automated controls and information technology to monitor and control energy-consuming devices. Most medium-sized and large buildings have energy control systems for switching on and off, verifying functions and alerting malfunctions, but more sophisticated technologies are available that provide electric load leveling, real-time optimization and extensive data reporting.

Taken to its highest level, energy management becomes a totally integrated system, called enterprise resource planning, that, over the Internet, shares information and control strategies among various parties from building, energy and financial managers to facility technicians and third-party service providers. Regardless of the methodology, good energy management will minimize demand, save energy and reveal when systems fall below intended performance levels, Wylie said.

Large buildings and smaller ones requiring higher load demands can consider generating and storing electricity onsite, which is known broadly as distributed generation. Small distributed generation units, typically less than 30 megawatts, reduce peak demand and serve as backup. Some systems, called cogeneration, increase efficiency by using the waste heat of power production to heat water and warm spaces. Wylie gave the example of an 80-bed skilled nursing facility with a cogeneration system that saves over $180,000 in annual energy costs.

Distributed generation comes in two varieties: fuel-based devices, such as gas engines, turbines and fuel cells, and renewable sources, including wind, solar and hydroelectric. Fueled systems typically run on fossil fuels, but also can use regenerative sources such as bio, landfill or sewage gases. Recent advances in fuel cells are making them the rising technology because of their extremely high efficiency (80 to 90 percent with cogeneration) and minimal environmental pollutants.

Every business owner and building manager needs to get educated about their energy upgrade options and work with the appropriate staff experts and outside consultants to create a plan and perform cost-benefit analysis. “It’s a complex set of issues, but there are opportunities in all commercial operations for energy efficiency and bottom-line savings through updating building technologies,” Wylie said.