Current targets for Copenhagen allow the passing of tipping points

The current emission targets of industrialised countries will bring the world on a route that leads to at least a doubling of their official climate target, shows the leading UN climate report of 2007.

If however these targets are interpreted using scientific updates since publication of that IPCC report, the present goals may lead to a staggering warming of more than seven degrees, says a newly founded European climate campaign, called 40inCopenhagen.org.

The current goals fit exactly in the IPCC emissions range of zero to 25 percent reduction for the year 2020, with the US (0 percent [compared to 1990 levels – MW]) being the least ambitious and Japan (-25 percent), since election of its new government, the most. The European Union still officially holds on to a 20 percent reduction, though willing to increase that to 30 ‚if others join in‘. Canada is comparable to the US with a reduction target of only three percent, relative to 1990, the fixed base year under the UN climate treaty.

„The most cited IPCC graph, at page 776 of Working Group 3, shows the current commitments neatly link to a further increase of greenhouse gases to 650 parts per million (ppm) CO2 equivalents,“ says Rolf Schuttenhelm, one of the participating climate experts in the new climate group, that focuses specifically on the upcoming conference in Copenhagen, where the world is to decide on the new UN climate treaty in December this year.

„Back in the Technical Summary of that same report we find this concentration will most likely lead to a temperature rise of 3.6 degrees.“ That’s almost twice as high as the international climate target of ’staying below 2 degrees‘ as agreed upon at the G8 in July this year.

However, the discrepancy is likely to be worse. In 2008 NASA scientist James Hansen, together with seven other climatologists, published a special report on the sensitivity of our climate system. „These scientists agree more or less with the IPCC, that says temperature will most likely rise by three degrees once CO2 concentrations are doubled,“ says Schuttenhelm.

„But then they add something else to that,“ Schuttenhelm continues. „It’s called the indirect climate sensitivity and it’s the sum of all the effects in the ocean and the solid biosphere that add to our industrial greenhouse gas emissions.“

„We’ve all heard of the threat of large-scale methane emissions from the tundra as Arctic temperatures keep rising,“ says Schuttenhelm. „But we seem to be missing the numbers. These processes could double the global temperature rise. And our only chance to prevent that is now, this year, in Copenhagen.“

Other indirect processes that add to the initial climate sensitivity are decreased reflection of sunlight due to snow and ice melt and increased CO2 emissions from drier forests and organic soils. Earlier this year a group of some 2,500 climate experts gathered in the Danish capital and acknowledged the urgency of the climate problem had previously been underestimated.

„It’s high time we start to respect these scientific findings,“ says Schuttenhelm. „Opting for the most ambitious IPCC scenario is the least we can do.“

40inCopenhagen.org calls for a 40 percent emission reduction for combined greenhouse gases between 1990 and 2020, for all industrialised countries. Environmental organisations also advocate this target as do India, China and many of the poorest nations, like the UN Africa Group. However, so far only Germany and Sweden have said to be willing to actually commit to 40 percent reduction. 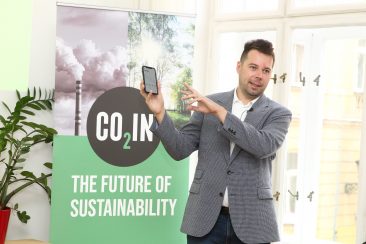 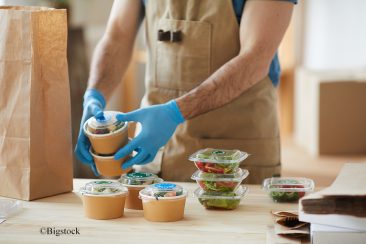