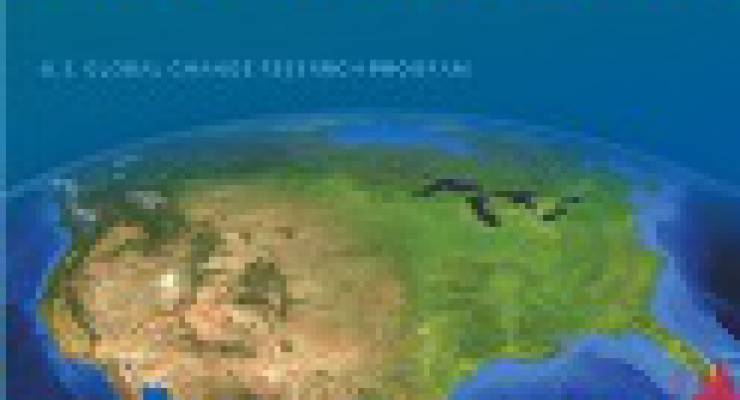 A new U.S. government report paints a disturbing picture of the current and future effects of climate change and offers a glimpse of what the nation’s climate will be like by century’s end.
by michael d. lemonick, reposted with permission from Yale’s e360

For anyone wondering whether climate change has already hit the United States, a recent U.S. government report says it has — and in a big way.

Witness these trends: In the northeastern U.S., winter temperatures have increased by 4 degrees F since 1970; in the Pacific Northwest, the depth of the Cascade Mountain snowpack on April 1 has declined by 25 percent over the last half century, while spring runoff from the Cascades now occurs nearly a month earlier than 50 years ago; and in Alaska, winter temperatures have increased a stunning 6.3 degrees F in the last 50 years.

Those are just some of the sobering signs of rapid warming spelled out this month in a new report by a U.S. government body that almost no one has heard of: the United States Global Change Research Program (USGCR), which by law is required to report to Congress every ten years on the causes, effects, and possible responses to climate change in the U.S.

If the changes that the U.S. already has experienced make you uneasy, then perhaps you shouldn’t read the the downloadable document itself: It makes quite clear that if the U.S. and the world do little or nothing to slow greenhouse gas emissions, then the climate in the U.S. will be far hotter — and decidedly unpleasant — by the end of this century.

For those inclined to dismiss the USGCR’s report, it should be noted that the group’s scientific pedigree is impeccable. The study is a joint effort of the departments of Energy, Commerce, Defense, State, Interior, Transportation, Health and Human Services, and Agriculture — plus the Environmental Protection Agency, NASA, the Smithsonian Institution, the National Science Foundation, and the Agency for International Development.

The report, which includes new material not contained in the 2007 report of the Intergovernmental Panel on Climate Change, brings climate change down to the level where people live. For each region of the U.S., the report describes some of the changes that have already been observed, then looks at what’s likely to happen under both a low-emissions scenario (in which emissions of greenhouse gases are cut substantially) and a high-emissions scenario (where the world pretty much stays on the course it’s now following).

Either way, the authors say, significant changes are coming. Substantial emissions cuts are under active debate, but they remain hypothetical so far; the highlights cited here will therefore focus on the business-as-usual scenario — not in order to be alarmist, but to stay in the realm of the concrete.

NORTHEAST
Since 1970, average temperatures in the Northeast have risen by 2 degrees F. There’s more rain and less snow in the winter, with mountain snowpack correspondingly smaller. Summers are longer, winters shorter, and sea level has begun to rise.

If emissions continue on their current trajectory, these changes are likely to intensify. Cities like Boston, where 100 degree-plus days are now rare in summer, can expect about 20 of them every year. Cities like Hartford and Philadelphia could have up to 30. The hottest stretch of summer could begin three weeks earlier than it does now, and last three weeks longer in the fall. In winter, the snow season in the mountainous, northern part of the region could be only half as long; partly as a result, droughts lasting from one to three months are likely to occur as often as once a summer in those same areas.

These changes could have a significant impact on regional economies. Dairy farming, for example, is worth $3.6 billion, but the report says heat stress on cows is projected to cut milk production by up to 20 percent by century’s end. Areas of the Northeast that now produce apples, blueberries, and cranberries may become inhospitable, and sugar maple habitat may shift so far northward that maple syrup could largely become an imported delicacy. Winter recreation including skiing and snowmobiling, which bring in $7.6 billion annually, could suffer dramatically.

Because the Northeast has an extensive seacoast (New York State alone, observes the report, has more than $2.3 trillion in insured coastal property), the sea-level rise associated with climate change poses a major risk: the kind of coastal flood that inundates New York City once a century, for example, will happen ten times as often.

SOUTHEAST
Like many regions, the Southeast will experience both more intense downpours — in large part because of more water evaporating from warmer oceans — and longer periods of drought. Already in the Southeast, average autumn precipitation is up 30 percent since 1901, while areas experiencing moderate to severe spring and summer drought have expanded 12 to 14 percent since the mid-1970s.

Without major cutbacks in greenhouse-gas emissions, add about 10 degrees to the average summer day in Atlanta or Birmingham and you’ll have a pretty good idea what’s in store by 2100. In the 1960s and 1970s, north Florida experienced about 60 days a year with temperatures above 90 degrees; by the end of this century, that number could be 165 days, and in the southern part of the state, it could be more than 180 days.

The Southeast is especially prone to hurricanes, which are expected to get more powerful (but not necessarily more frequent) by century’s end. By itself, that would inevitably cause more destruction, but the threat will be made worse by rising sea levels.

MIDWEST AND GREAT PLAINS
In the Midwest — a region far from the moderating influence of oceans — heat waves have been more frequent in recent decades. Heavy downpours now come twice as often as they did a century ago. If emissions aren’t curbed, heat waves like the one that struck in 1995 — during which temperatures nearly reached 100 degrees and 700 people died — are likely to occur about three times a year. One possible silver lining: The region’s frigid winters will moderate.

Warmer summers — and shorter winters with less ice cover — will also cause more evaporation from the Great Lakes. As a result, average lake levels could drop by up to two feet by 2100, disturbing both natural shoreline ecosystems and the lakeshores’ industrial and tourist infrastructure. Shallower Great Lakes will also force ships to carry lighter cargoes — which means shipping costs will go up.

In the crucially important agricultural sector, a longer growing season will be a good thing, but the combination of heat waves and floods, plus potential invasions by heat-loving insects and weeds, could erase any such benefits. These pests would threaten not just crops, but livestock and forests as well. To think about the change in climate conditions, imagine that by 2100 the state of Illinois will have a climate similar to the Texas Gulf Coast.

While rainfall is likely to increase in parts of North Dakota and Montana, it will probably decrease in already-dry West Texas, Oklahoma, and eastern Colorado. The region’s population is currently using underground aquifers for irrigation and drinking water at an unsustainable rate. Stresses on water supply, along with higher temperatures in summer, will have a detrimental impact on cattle ranching and on crops such as wheat, corn, hay, barley, and cotton.

SOUTHWEST
In the past 30 years alone, temperatures in the Southwest — already the hottest part of the U.S. — have averaged 1.5 degrees F higher than the 1960 to 1979 baseline. And thanks to southern California and cities like Phoenix, the region has a large and growing population, which places increasing demands on the region’s water resources. Meanwhile, California’s Central Valley, whose climate is very dry, uses massive irrigation to create one of the most productive areas of cropland in the nation.

So far, the region’s population growth has come during a relatively wet period; but that is already changing, with reduced snowpack in the mountains and significant die-offs in pinon pine populations in the Four Corners area. Periodic droughts are nothing new here, but the current one is being made worse as higher temperatures force already-scarce water to evaporate from the ground more quickly.

Taken together, these factors make water a very scarce and precious resource, one that will come under increasing pressure as springtime precipitation is projected to decrease, while average temperatures are likely to shoot up by 7 to 10 degrees F. Longer, more severe droughts are pretty much inevitable under any emissions scenario, and under the high-emissions scenario they could be devastating. Scarce water resources would presumably go to people first, leaving California’s economically vital agricultural economy difficult to sustain. The inevitable drawdown of giant reservoirs such as Lake Mead will also reduce the reliability of hydroelectric power.

NORTHWEST
The temperature rise in the Northwest has been smaller overall than in other parts of the nation — roughly 1.5 degrees F over the last century. The effects are clear nevertheless, particularly in the decline of spring snowpack, which means less water flowing into surrounding aquifers and irrigation systems in summer. The drop in snowpack and runoff could also mean a reduction in hydroelectric power, which provides 70 percent of the region’s electricity needs. And as more winter precipitation falls as rain and snowmelt begins and ends earlier, streams will run faster in spring, damaging spawning areas salmon depend on, and then run warmer in summer, threatening the fish themselves, which die when the water temperature is too high.

Pest infestations due to warmer winters are already having a devastating effect on western pine forests, where pine beetles have destroyed 2.5 million acres of Rocky Mountain woodlands. Such infestations will likely become more widespread, creating tinder for forest fires that will intensify during warmer, drier summers. 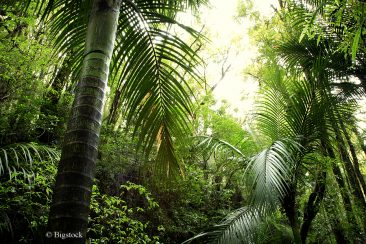