This new research comes to no surprise – but for those who are still skeptical, it provides another evidence that we humans are changing our global climate to an extent that is not advisable. MW

The rise in Arctic and Antarctic temperatures in recent decades can be attributed directly to human activities, according to a new study online in Nature Geoscience. Patterns of temperature change in Antarctica are much less clear than the Arctic warming signal; however, the authors show that temperature is rising in those regions of Antarctica where data is available and that this warming is caused by human-induced emissions of greenhouse gases and other pollutants.

Nathan Gillett and colleagues compiled records of air temperature across the Arctic and Antarctic regions since 1900. They then compared the observed temperature patterns with those produced by numerical simulations with and without emissions from human activities. The team finds that only the models that included human influences, such as emissions of carbon dioxide and chlorofluorocarbons, are able to reproduce the observed temperature trends. This model-observation comparison enables the group to conclude that human activities are causing warming at both poles.

In an accompanying News and Views article, Andrew Monaghan writes that: “Their work demonstrates convincingly what previous studies have suggested – that humans have indeed contributed to warming in both the Arctic and Antarctic regions.” 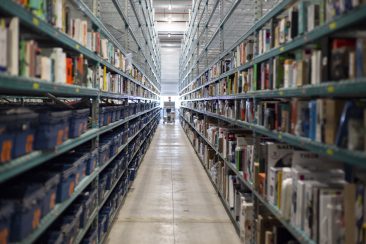