Reason and faith in Copenhagen

I’ve spent the last few years working more than fulltime to organize the first big global grassroots climate change campaign. That’s meant shutting off my emotions most of the time—this crisis is so terrifying that when you let yourself feel too deeply it can be paralyzing. Hence, much gallows humor, irony, and sheer work.

This afternoon I sobbed for an hour, and I’m still choking a little. I got to Copenhagen’s main Lutheran Cathedral just before the start of a special service designed to mark the conference underway for the next week. It was jammed, but I squeezed into a chair near the corner. The Archbishop of Canterbury, Rowan Williams, gave the sermon; Desmond Tutu read the Psalm. Both were wonderful.

But my tears started before anyone said a word. As the service started, dozens choristers from around the world carried three things down the aisle and to the altar: pieces of dead coral bleached by hot ocean temperatures; stones uncovered by retreating glaciers; and small, shriveled ears of corn from drought-stricken parts of Africa. As I watched them go by, all I could think of was the people I’ve met in the last couple of years traveling the world: the people living in the valleys where those glaciers are disappearing, and the people downstream who have no backup plan for where their water is going to come from. The people who live on the islands surrounded by that coral, who depend on the reefs for the fish they eat, and to protect their homes from the waves. And the people, on every corner of the world, dealing with drought and flood, already unable to earn their daily bread in the places where their ancestors farmed for generations.

Those damned shriveled ears of corn. I’ve done everything I can think of, and millions of people around the world have joined us at 350.org in the most international campaign there ever was. But I just sat there thinking: It’s not enough. We didn’t do enough. I should have started earlier. People are dying already; people are sitting tonight in their small homes trying to figure out how they’re going to make the maize meal they have stretch far enough to fill the tummies of the kids sitting there waiting for dinner. And that’s with 390 parts per million CO2 in the atmosphere. The latest numbers from the computer jockeys at Climate Interactive—a collaboration of Sustainability Institute, Sloan School of Management at MIT, and Ventana Systems, is that if all the national plans now on the table were adopted the planet in 2100 would have an atmosphere with 770 parts per million CO2. What then for coral, for glaciers, for corn. I didn’t do enough.

I cried all the harder a few minutes later when the great cathedral bell began slowly tolling 350 times. At the same moment, thousands of churches across Europe began ringing their bells the same 350 times. And in other parts of the world—from the bottom of New Zealand to the top of Greenland, Christendom sounded the alarm. And not just Christendom. In New York rabbis were blowing the shofar 350 times. We had pictures rolling in from the weekend’s vigil, from places like Dhahran in Saudi Arabia, where girls in burkas were forming human 350s, and from Bahrain, and from Amman.

And these tears were now sweet as well as bitter—at the thought that all over the world (not metaphorically all over the world, but literally all over the world) people had proven themselves this year. Proven their ability to understand the science and the stakes. Proven their ability to come together on their own—in October, when we organized what CNN called „the most widespread day of political action in the planet’s history,“ there wasn’t a movie star or rock idol in sight—just people rallying around a scientific data point. Now the world’s religious leaders were adding their voice.

On one side: scientists. And archbishops, Nobelists, and most of all ordinary people in ordinary places. Reason and faith. On the other side, power—the kind of power that will be assembling in the Bella Center all week to hammer out some kind of agreement. The kind of power, exemplified by the American delegation, that so far has decided it’s not worth making the kind of leap that the science demands. The kind of power that’s willing to do what’s politically pretty easy, but not what’s necessary. The kind that would condemn the planet to 770 ppm rather than take the hard steps we need.

So no more tears. Not now, not while there’s work to be done. Pass the Diet Coke, fire up the laptop, grab the cellphone. To work. We may not have done enough, but we’re going to do all we can. 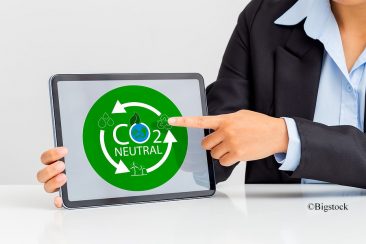 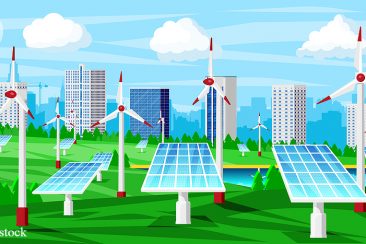