350 ppm CO2 is economically not only feasible but necessary

Amid a growing call for reducing atmospheric concentrations of CO2 to 350 parts per million, a group of economists maintains that striving to meet that target is a smart investment — and the best insurance policy humanity could buy. By Frank Ackerman, reposted with permission from e360 from Yale University

The climate change news from Washington is cautiously encouraging. No one in power is listening to the climate skeptics any more; the economic stimulus package included real money for clean energy; a bill capping U.S. carbon emissions emerged, battered but still standing, from the House of Representatives, and might even survive the Senate. This, along with stricter emission standards in Europe and a big push for clean energy and efficiency standards in China, provides grounds for hope for genuine progress on emissions reduction.

But while climate policy is finally moving forward, climate science is moving faster. One discovery after another suggests the world is warming faster, and climate damages are appearing sooner, than anyone had expected. Much of the policy discussion so far has been aimed at keeping the atmospheric concentration of CO2 below 450 parts per million (ppm) — which was until recently thought to be low enough to prevent dangerous levels of warming. But last year, James Hansen, NASA’s top climate scientist, argued that paleoclimatic evidence shows 450 ppm is the threshold for transition to an ice-free earth. This would imply a catastrophic rise in sea levels, eventually flooding all coastal cities and regions.

To avoid reaching such a crisis stage, Hansen and a growing number of others now call for stabilizing CO2 concentrations at 350 ppm. The world is now around 390 ppm and rising; since CO2 persists in the atmosphere for a long time, it is difficult to reduce concentrations quickly. In Hansen’s scenario, a phaseout of coal use, massive reforestation, and widespread use of carbon capture and storage could allow the world to achieve negative net carbon emissions by mid-century and reach 350 ppm by 2100.

Can we afford to reduce atmospheric concentrations of CO2 to 350 ppm by the end of this century? To address this question, Economists for Equity and Environment (www.E3Network.org) — a group dedicated to applying and developing economic principles to protect human health and the environment — conducted a study of “The Economics of 350.”

Why the wide range of cost estimates?

At first glance, there is a bewildering range of estimates of the costs of climate protection. Look more closely, however, and there are just a few projections of economic disaster, out in right field by themselves. Other estimates range from modest costs to small net economic gains.

The outliers are the handful of private consultant studies funded by partisan lobbying groups such as the U.S. Chamber of Commerce and the National Association of Manufacturers. Using proprietary models (or their own adaptations of standard models), and pessimistic economic assumptions, these studies forecast that even mild U.S. proposals, such as last year’s Lieberman-Warner bill, would cost many thousands of dollars per household and would cause widespread unemployment and economic dislocation. An analysis by journalist Eric Pooley documents the excessive, often uncritical attention given to these studies by the media.

These projections of economic ruin have not been reproduced by any major academic or non-profit research group. Many economic models find that the modest steps called for in recent U.S. proposals would have very small costs and virtually undetectable effects on total employment — as documented in a report by Nathaniel Keohane and Peter Goldmark for the Environmental Defense Fund.

But to reach 350 ppm, we will have to go far beyond the emission reductions considered in recent U.S. proposals. How much will it cost to reach this more ambitious target? Until recently, most economic research focused on higher targets such as 450 ppm or more. There are, however, four major climate economics modeling groups — all at European universities — that have analyzed the costs of reaching 350 ppm.

One group starts from the (realistic) assumption of high unemployment, and finds that long-run employment and economic growth would be increased by a program of public investment in green technology and emissions reduction that leads to 350 ppm. The other three groups adopt the common assumption that short-run unemployment can be ignored in long-run models. They generally find that the needed emissions reductions will cost an average of 1 to 3 percent of world economic output, for some years to come.

Other studies have reached more optimistic conclusions about costs. McKinsey & Company, an international consulting firm, has carried out detailed studies of the costs of hundreds of emission-reducing technologies. They find that some emissions can be eliminated for no cost or even an economic savings; more than half of worldwide business-as-usual emissions in 2030 could be eliminated at very small total cost. The net costs of reducing carbon emissions (i.e. investment costs, minus the value of energy saved) go down when the price of oil goes up, and vice versa. McKinsey’s entire package of reductions, eliminating more than half of world emissions, would have zero total cost if the price of oil were $90 per barrel.

Studies from major environmental groups, including Greenpeace and the Union of Concerned Scientists (UCS), have reached even more optimistic conclusions than McKinsey. Both Greenpeace and UCS project substantial economic savings from emission reduction, with fuel savings much larger than the costs of investment. Both assume high oil prices — up to $140 per barrel for Greenpeace — along with rapid change in emissions-reduction technologies.

Deciding whether it’s worth the price

The range of cost estimates for reaching 350 ppm, combined with uncertainties about oil prices and future technologies, make it difficult to choose a single estimate of the total economic cost. Suppose that, for the sake of argument, 2.5 percent of world output must be spent on climate stabilization for years to come. Is that an unacceptably large number?

Imagine an economy growing at 2.5 percent every year (a little slower than the recent U.S. average). Suppose it skips one year’s growth — all too easy to imagine in 2009 — and then resumes growing. That makes GDP 2.5 percent smaller than it would have been, forever. So the “skip year” has the same effect as spending 2.5 percent of output on climate protection every year. Household incomes would take 29 years to double, instead of 28.

Alternatively, we know we can afford to devote 2.5 percent of income to protection against a remote but disastrous threat — because we already do, year after year. In 68 countries, military spending exceeds 2.5 percent of GDP. In the United States and China, the top greenhouse gas emitters, military spending absorbs more than 4 percent of GDP. Both countries would be safer, not more vulnerable, if they diverted half of their defense spending to defense against climate crisis.

The most important conclusion of our research involves what we did not find. There are no reasonable studies saying that a 350 ppm stabilization target will destroy the economy. This is not surprising. The ominous recent research on potential climate damages does not examine the cost of doing something; instead, it looks at the cost of doing nothing about emissions.

If the worst happens, our grandchildren will inherit a degraded Earth that does not support anything like the life that we have enjoyed. On the other hand, if we prepare for the worst but it does not quite happen, we will have invested more than was absolutely necessary — in perfect hindsight — in clean energy, conservation, and carbon-free technologies. Which extreme presents the greater danger?

Think about climate risk as an insurance problem. You don’t buy fire insurance because you’re sure your house will burn down; rather, you are not, and cannot be, sure enough that it will not burn down. Likewise, projections by Hansen and others of dangerous climate risk from staying above 350ppm CO2 are not certainties; they are necessarily uncertain (although becoming more likely as temperatures rise).

The analogy to insurance is important but inexact; there is no climate insurance company to which the world can hand 2.5 percent of output, if that is what it costs. There is, however, a need for large-scale investment, both in proven emissions-reducing technologies and in research and development.

The role of government in climate policy is not only to set appropriate price signals through a carbon tax or cap-and-trade system; the public sector must also guide research on clean energy technologies. Despite free-market mythology to the contrary, this has worked well in the past. Wind power is profitable today as a result of decades of government investment in the United States and Europe. In another arena, the U.S. government essentially invented microelectronics in the 1950s and 1960s: At first, almost all transistors, integrated circuits, and the like were bought by agencies such as the Pentagon and NASA, because no one else could afford them. Just a few decades of massive government purchases of these items turned microelectronics into the premier private-sector success story of the late-20th century, transforming everyone’s life in countless unexpected ways.

The climate crisis challenges us to do it again, to invent the new technologies and industries that will transform life in the mid-21st century and beyond. We know it’s possible: We can afford to protect the climate, and leave a livable world to future generations.

Frank Ackerman is senior economist with the Stockholm Environment Institute at Tufts University. He is also a co-founder of Economists for Equity and Environment (E3), and the lead author of E3’s “Economics of 350” study. 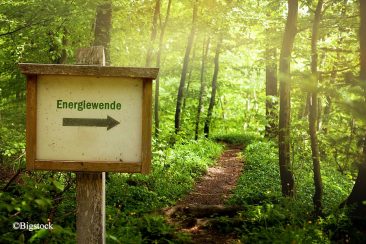 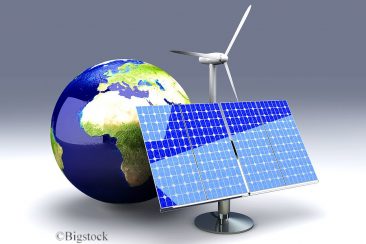